Dan Dunn was the kid in high school that drew pictures in the back of the class. He was so good at it that he flunked the 9th grade. After getting into trouble, his frustrated parents had him take vocational testing. The counselors advice? Get off his back and send him to art school. Good advice!

That moment defined him and he has been making art ever since. He has worked as a caricaturist, illustrator, graphic designer, art director and is also an amateur musician.

When his 13 year old daughter posted a video of his PaintJam performance on YouTube he became the 45th most viewed video. This led to television and an amazing career performing all over the world. Dan is the father of 5 wonderful grown children and travels the world with his lovely wife Cindy as stage and tour manager. 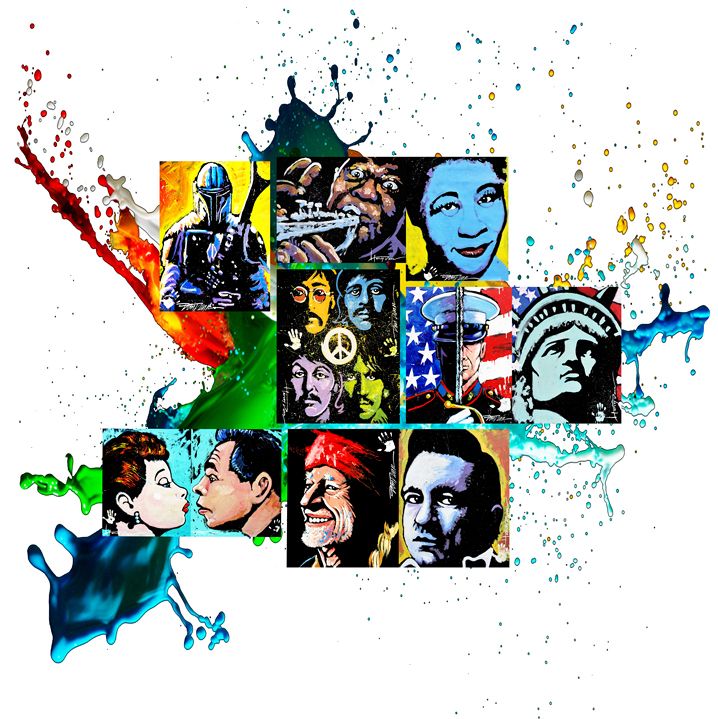